Carbon nanotubes are large molecules of pure carbon that are very large and thin shaped like tubes, about 1-3 nanometers (1 nm = 1 billionth of a meter) in diameter, and hundreds to thousands of nanometers long. As separate molecules, nanotubes are 100 times stronger-than-steel and one-sixth its weight. Some carbon nanotubes can be extremely dynamic conductors of electricity and heat; depending on their structure, some act as semiconductors. 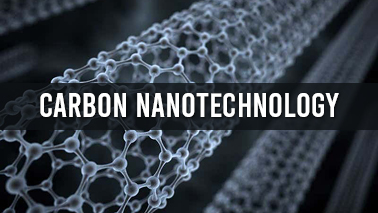